Here’s Joan of Lazy Girl Designs to tell us more: What is a Lazy Angle?
The block at the far left is a Lazy Angle. This block uses an ‘A’ and ‘B’ piece, as cut with the Lazy Angle ruler. When pieced, a Lazy Angle block has a seam that runs from a corner to the center of a side when finished or sewn in place in a quilt. That means the cut pieces and the angle are awkward. This is definitely not a 30 degree angle. It’s actually just a smidgen under 30 degrees. Look at the tutorial for more on this.

Why does this angle looks familiar?
It’s the same angle in half triangle rectangles (two ‘B’ pieces) and Doreen Speckman’s beloved ‘Peaky and Spike’ block, and the Storm At Sea quilt design. However, I couldn’t find a common name for the angle itself, so I called it ‘Lazy’. Besides, I think of it as not being ambitious enough to reach the opposite corner, but rather a lazy little angle that landed out in no man’s land.

What does the Lazy Angle ruler look like?
Shown above, it’s a one-piece acrylic tool with markings to cut ‘A’ and ‘B’ pieces in six sizes. Visit the Lazy Angle Tutorial page to see how to use the ruler.

Why invent a tool just for this block?
When I work on a quilt piecing project, I want the promise of ease and accuracy. I want the only variables to be my skills at the moment and the mystery of how the final quilt will look once all the fabrics are cut and sewn together. Other than that, you can keep the guess work and variables – I’m looking for the best chance at success.

So, back in the late 1990’s I designed a quilt, based on a block I thought was intriguing. There wasn’t a tool or notion available that would accurately cut the two pieces I needed. I wasn’t asking too much, I just wanted help in doing this one thing well. The Lazy Angle ruler sprang from that simple need. I imagine a lot of tools and notions come from the same place. Well, I didn’t realize it at the time, but while the Lazy Angle ruler helped me do that one thing well, it turns out that it does so much more. So, I filed for (and later received) a patent, looked for a manufacturer and thus the Lazy Angle ruler became a reality.

What does the Lazy Angle ruler do?

The Lazy Angle ruler allows you to cut two shapes ‘A’ and ‘B’, in six sizes, from strips of fabric with no waste or scary math. That’s it. Now remember that part about the angled seam ending at the ‘center’ of a side? Well, click on the image of the table runner to the left so see a close-up of the piecing. The burgundy point from the Lazy Angle block perfectly matches up with the seam of the four half-square triangles that compose the center block of this nine-patch. That’s good stuff! That endpoint for the angled seam matches everything else with a seam at the center: square-in-a-square, four-patch, corner cutie (that’s one folded triangle on a corner) and more.

You decide how to use the ‘A’ and ‘B’ pieces to make the simplest of Lazy Angle blocks, like I did for the Lazy Sunshine quilt. Or make more intricate blocks like ‘Parody’, ‘Pinnacle’ ‘Reigning Star’ and more. Starting to identify the ‘A’ and ‘B’ pieces in these images? The B’s in Lazy Sunshine are the green and yellow pieces. The burgundy and some of the background fabrics are the A’s.
The book ‘Lazy & Lovin’ It’ offers more than 250 different block designs made using the Lazy Angle ruler. Lazy Girl Designs also offers a number of quilt patterns that use the Lazy Angle ruler. You can see these quilt patterns here. Hop on over to Kaye Wood TV.com, watch the demonstration, then visit the Lazy Angle Tutorial page and print the first chapter of my book ‘Lazy & Lovin’ It’.
- Joan Hawley

Lazy Girl Designs makes a donation to the Susan G. Komen Breast Cancer Foundation for each of their books and rulers they sell.

Got anything to say? Go ahead and leave a comment!

Popular Item of the Week!

This was the most popular item of last week's Newsletter. 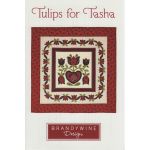